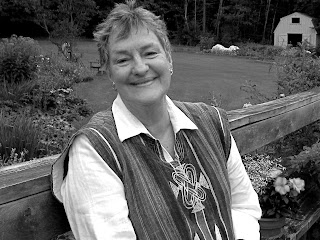 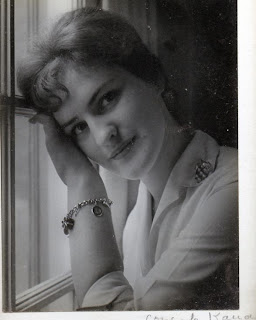 Susie Goodwillie Stedman
When Doris and I met in the summer of 1964, I was 22 years old and Doris was 43. I knew that she had at least two
masters degrees, and many years of experience as an executive with the YWCA, but she didn’t seem nearly as old as she was. I thought she might have been five or ten years older than I.
She impressed me enormously. She was striking to look at, with fire in her eyes and a broad grin. She was wise as well as smart, and didn’t suffer fools. She sparkled, but she also meant business. She seemed to know how to handle things and I was grateful for that. As the summer grew hot in Mississippi, I felt far more secure than I otherwise might have because Doris was there, on my team.
If I try to remember details, however, I realize how little Doris and I got to know each other then, even though we were working together to make the WIMS project happen on the ground. The exigencies of that strange society gave us little opportunity to be together.
A major problem at the outset was finding a place where Doris and I could meet. My volunteer companion, Diane, and I were staying in a fancy apartment house called Magnolia Towers that was owned by staunch members of the White Citizens’ Council. Our rent was paid by the National Council of Negro Women, but of course we had to “launder” the money before it was turned over to the landlords. They’d have died if they knew where the rent money came from, and they certainly wouldn’t have countenanced Doris walking in the front door for a visit. Had she carried laundry in through the back service entrance, that might have conformed to “local custom,” but none of us was about to consider it.
So, the problem was finding a place where Doris and Diane and I could meet! It shouldn’t have been such a big deal, but in Jackson, Mississippi in the summer of 1964, it was a huge deal. We searched and we searched and finally (with prodding from Doris, I suspect), Mrs. Lillie Bell Jones, the director of the branch (Negro) YWCA in Jackson, took a deep breath and agreed to let Diane and me come there to meet with Doris. How we got there was another challenge, but we managed it. Mrs. Jones warned that we had to be very careful about who saw us, and we couldn’t stay long, but it worked and seemed to be a wonderful solution. Diane and I always felt safer when we were at the branch Y-- with Mrs. Jones and Doris--than when we were on the white side of town.
The other time each week that we were “together” was at the airport, when we met the incoming teams. Diane and I would stand in the airport lobby, looking out the big plate glass window, waiting for the plane to arrive, and Doris would be standing at the same window, only no where near where we stood. We of course could not speak or even acknowledge one another, and when the plane disgorged the WIMS team, black and white, who’d flown together from their home city up north, the women knew to separate as they came through the gate. The black women were greeted by Doris as the white women moved toward Diane and me. They had been trained to make it seem as if there was no connection between them. (It was at moments like these that I had to pinch myself to remember that I was really still in the United States of America.)
Because of the way things were, we didn’t see much of Doris otherwise, except when we’d take a whole team to visit a Freedom School or voter registration project in the hinterlands. We would drive separately to the selected site, of course, and it was always a fine reunion when we could all be together again.
Thirty-six years later, as I was approaching 60 and Doris four score, I found that she lived in Pittsburgh and called her to invite her to a WIMS reunion hosted by the Children’s Defense Fund in April 2000. We talked excitedly for more than an hour. We laughed and cried and couldn’t believe that we’d found each other again. Now, it turns out, we have connections we’d never dreamed of, and we are loving getting to know each other, in freedom, at last.

* This article was originally published on University of Virginia's on-line exhibit web site- Wednesdays in Mississippi: Civil Rights as Women's Work. The site is now being hosted by the University of Houston Center for Public History. The link to exhibit is http://www.history.uh.edu/cph/WIMS/

Postscript: Doris and Susie were the on-ground staff members in Jackson, MS in 1964.

In 2006, the Wednesdays in Mississippi film crew headed to Pittsburgh to interview Doris Wilson. She was the second person we interviewed with our first little bit of grant monies. We spent three wonderful days with Doris. At 85 years old, Doris was vibrant, brilliant, outspoken and embraced all us like a loving and generous auntie. She was very wise, yet extremely contemporary. It was early in our process and we were still formulating the film. Looking back on Doris' interview now we realize that she gave us insights into WIMS that we didn't even know we needed at the time. We are truly grateful for this.

Doris passed away on July 13, 2008. Her shining spirit and her unwavering commitment to social justice lives on in our hearts. 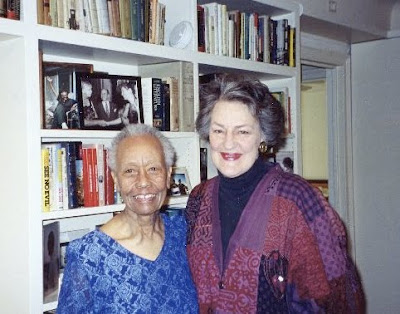 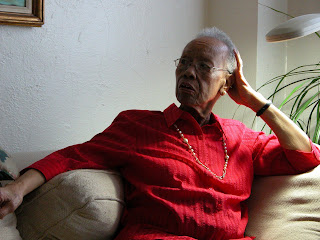 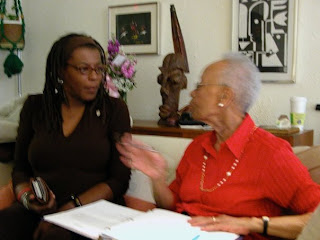 Doris Wilson and WIMS Film Director Marlene McCurtis
Posted by WEDNESDAYS IN MISSISSIPPI at 6:55 AM